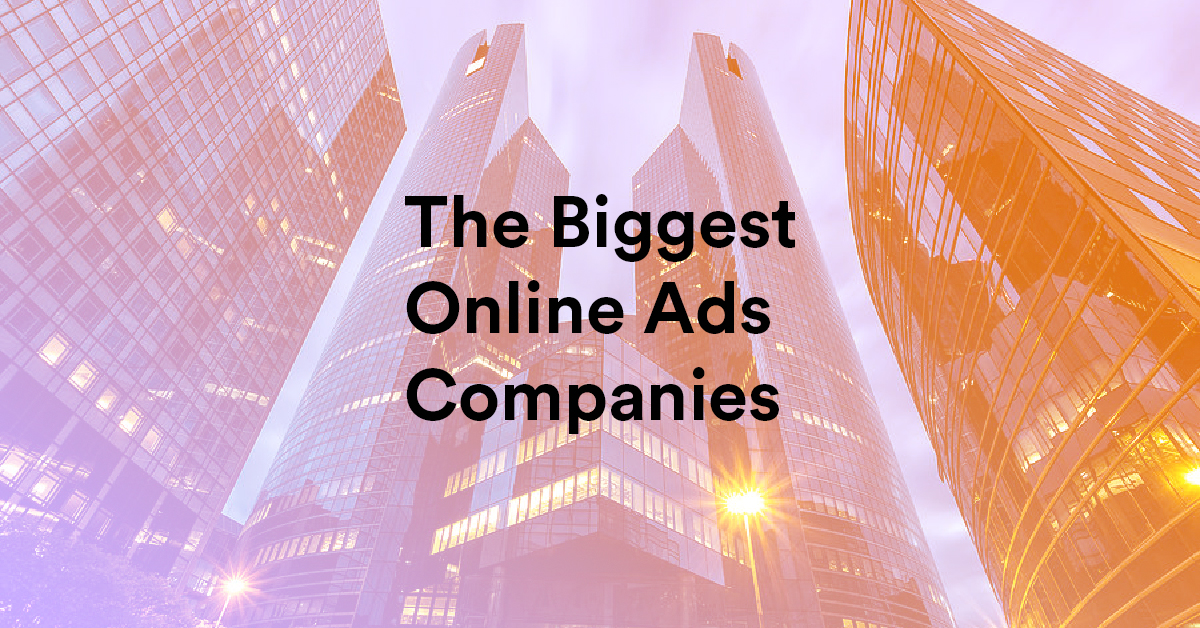 Massive companies are dominating the online ads industry. It’s no secret that there is a lot of money to be made from online ads. In a digital age where information is at our fingertips, it can be difficult for consumers not to see ads on any screen they look at. But how do you know which company has the most revenue and therefore deserves your business? This article will explore some of the biggest players in this field and their strategies for success.

Advertising and marketing spending is among the primary reasons why so many companies, both small and large, can afford to operate their businesses. These types of ads are placed on television programs, radio broadcasts, billboards, newspapers, and other forms of media that help spread the word about a company or brand. Because of this, it’s not surprising that there are a lot of big players in this industry.

Many companies have become successful by taking the old-school approach to advertising and using billboards, television commercials, print ads, and radio spots to market their product or service. While that is still a viable way for some businesses to generate sales, many are now flocking to online ads as a more cost-effective way to reach audiences. Not only are companies finding that it takes much less money to run online ads compared to ‘old school’ methods, but they also see an increase in revenue due to internet users spending more time on their phones and tablets than ever before.

Every company listed below has the size and revenue numbers for the marketing divisions of their business. While each can certainly afford to advertise their products through other forms of media, they all choose to put the majority of their resources into online ads.

Google is well known for its search engine and ad placement division, which only represents 20 percent of the company’s overall revenue. With a net income of $14.4 billion in 2016, the tech company relies heavily on its internet ads division to earn a large portion of its annual revenue. This division alone brings in more than half as much of its total advertising spend, which was around $38billion last year.

Google Ads is also quite popular amongst affiliate marketers across the industry. Their network is quite large and offers a lot of opportunities for sales to be made through broad and targeted advertising.

While Facebook’s social media ad revenue is nowhere near that of Google, it still made $17.93 billion in 2016-a a large number by most standards. And like Google, this is only a portion of the company’s total income per year (estimated at around $27 billion). As more and more people are using the internet for their shying needs, so is the revenue of FB growing steadily. It is estimated that they make at least $100+bn in 2021. The biggest dip in their revenue has been Apple and their new iOS versions that messed up a lot of things for FB and other ad companies.

Although Verizon’s total advertising revenue is much smaller than Google and Facebook, the telecommunications company still makes a significant amount from its television, internet ad placements, and print ads each year. In 2016, this division earned around $8.01 billion for Verizon-more than many small to mid-sized companies makes in a lifetime.

AT&T’s advertising revenue accounts for a little less than 10 percent of its total income in 2016, which was around $125 billion when the telecommunications company added internet and telephone services to its portfolio. According to Statista, this number is expected to grow exponentially in the next few years, with a projection of more than $190 billion by 2021.

Although Microsoft’s total advertising revenue was significantly less than the top three companies on this list in 2016, it still made an impressive $5.97 billion for their company that year-and has the potential to climb even higher in the years ahead. And the company is still investing and improving its services. Bing is their main platform in 2021 and it’s growing strong which will allow them to increase their revenue in the coming years.

It’s difficult for many small and medium-sized companies to compete with global giants like Google, Facebook, and Microsoft when it comes to both revenue and customer base. While these large corporations have the resources and manpower to quickly dominate a market in their area of expertise, smaller businesses often rely on niche marketing-which is how many of them make most of their money.

Salesforce is a prime example of this, as the cloud computing company earns less than $5 billion in revenue per year. But because they are known for providing several useful services to small and medium-sized companies, Salesforce has become one of the world’s most trusted companies in their niche.

Although online businesses like Yelp (a social review site) only make up an estimated 8 percent of total advertising revenue for tech companies, they still bring in nearly a billion dollars each year, enough to rank them among the top ten tech advertising companies worldwide.

Twitter’s total advertising revenue is significantly less than that of Facebook, but the micro-blogging social media website still brings in almost $700 million each year. While most of this money comes from small businesses that have used Twitter to market their companies, brands like Red Bull and Pepsi have also looked to social media sites to promote their products and services.

Adobe, a software company best known for Photoshop and Illustrator, also earns a decent portion of its revenue through advertising. More than 650 million people use the company’s products each month-most of whom are small business owners looking to promote their companies with viral marketing campaigns, social media ads, and other forms of digital advertising.

Although most of the companies on this list are predominantly tech-based businesses, Oracle is a prime example that any company can earn money from online advertising. The world’s second-largest software provider brings in nearly $400 million each year from its ad placements and is expected to see this number grow to more than $500 million by 2021.

Google, Facebook, Verizon, AT&T, and Microsoft are just some of the top global players when it comes to online ads. With billions being spent by even mid-sized businesses on ad placement services, this is certainly an industry worth keeping track of as technology continues to advance. Many experts believe that with the introduction of new trends like augmented reality and artificial intelligence, online ads will make even more revenue than traditional forms of advertising throughout this decade.